[email protected]
If you’ve tried everything to lose weight and keep it off... Join Me In This FREE Masterclass!!
0 Items

Why It’s Time to Break the Food Rules

Anyone who’s ever tried to lose weight, and struggled to do it, has asked themselves one question: “What am I doing wrong?”

You might assume, as I have, that there’s some set of rules you either don’t know about or aren’t complying with—and THAT must be the reason. So what do you do? Double down on the rules you know (even if they don’t work!). Maybe you work out twice as hard or eat half as much. And when it doesn’t work, it’s incredibly frustrating.

Because the rules should work, right?

Look, I know this frustration. I grew up an obedient follower of rules. I was raised Catholic for crying out loud! And for a long time, those rules never steered me wrong. Do this, get that. Work hard, get A’s. Do your chores, get an hour of TV. Eat your dinner, get dessert.

Fact is, I liked rules. They made life clear and straightforward, and I always knew where I stood. I went to school to study nutrition and become a registered dietitian. I wanted to learn the rules of food and how it worked so that I could help other people follow them, too.

But when I found myself gaining weight in school, I became puzzled—and obsessed. I, too, doubled down on the rules: I severely restricted my caloric intake and lived on sensible meals and 100-calorie snack packs. I worked out like a fiend, pounding out miles on the treadmill and taking every Bootcamp and Cardiokick class at the gym. My body would follow the rules and it would obey.

Except, it didn’t. I got hungrier and moodier and my waistline expanded, despite following every rule I’d ever known. Either my body wasn’t following the rules—or those were the wrong rules to begin with.

Then things hit a new low: I got a call from my mother; my father had to be rushed into immediate, major heart surgery after collapsing while running a race in my hometown. My father was the picture of health—physically active, ate a low-fat diet, all of the things you imagine you should do to stay healthy. And his heart failed him.

When a dietitian came to his hospital room to consult with him, she told him to do the same things he had been doing: avoid fat, stay active. I was beyond frustrated. “But he’s already doing those things!” Good, she said. Keep doing them.

Now, does that make any sense to you? Because if the very things we think of as “healthy” do nothing to keep you out of the hospital, why do them in the first place?

Of course, since then, I’ve learned (the hard way) that most of the “rules” we’ve been told about food and dieting are flat-out wrong. They’re outdated, for one, AND heavily influenced by, well, large companies and industries who stand to gain from putting out misinformation (ahem, looking at you sugar industry!).

Last I checked, the food industry had nothing to do with how the human body functions—but it has played a big role in its dysfunction. But that’s not something you’ll see in the commercials during prime time shows.

What this means is that in order to lose weight and be healthy—actually healthy—you have to break the rules that never served you in the first place. And get to the truth about food.

I’ve become a bit of rule breaker myself. I eat things that would leave other people aghast (hello, muffins with butter!).

When you realize the rules you’re following are flat-out wrong, it makes you question what other “rules” you have believed for too long, such as “I can’t do that,” or “I’m not the type of person who does x,” or “I could never wear that.” Really? You sure about that?

I have worked with thousands of people to help them not just lose weight, but create lives they love by freeing themselves from old ideas based on false information.

So, what rule are you going to break today? Find 7 in the “7 Ways to Heal Inflammation and Lose the Weight FOR GOOD”… #2 will surprise you! 😉 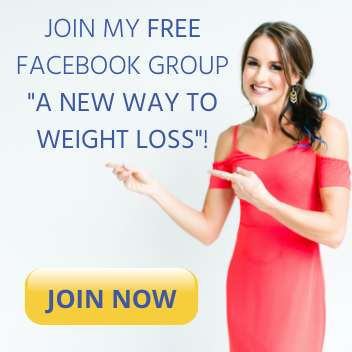 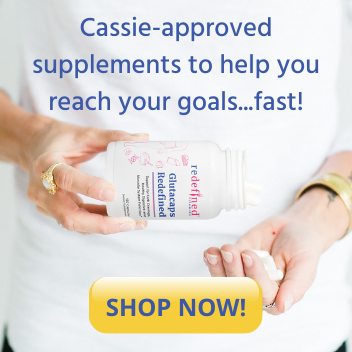 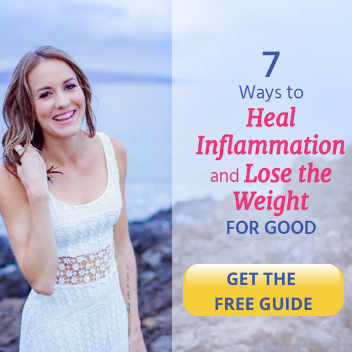 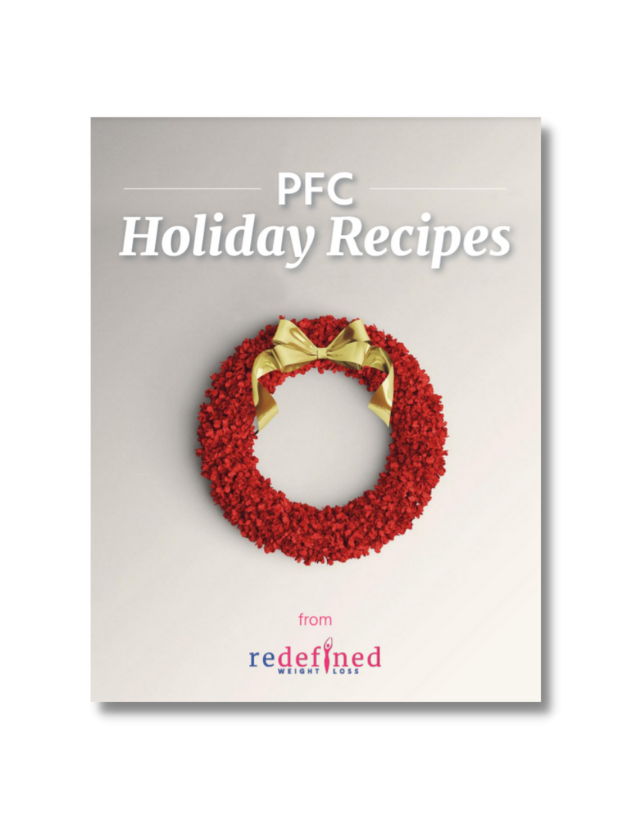 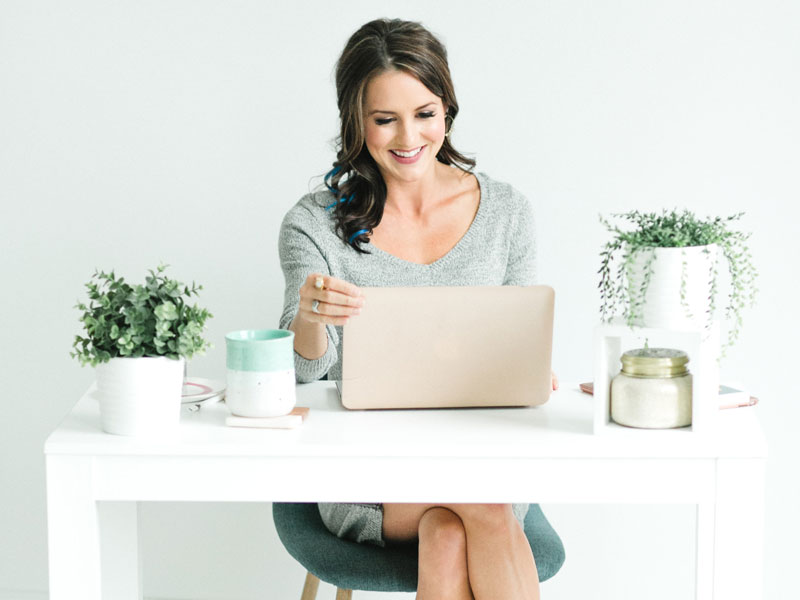 Cassie’s 4-Step Model To Build and Scale Your Business, Help More People and Have More Freedom!

7 Ways to Heal Inflammation & Lose the Weight For Good!So you can finally lose weight 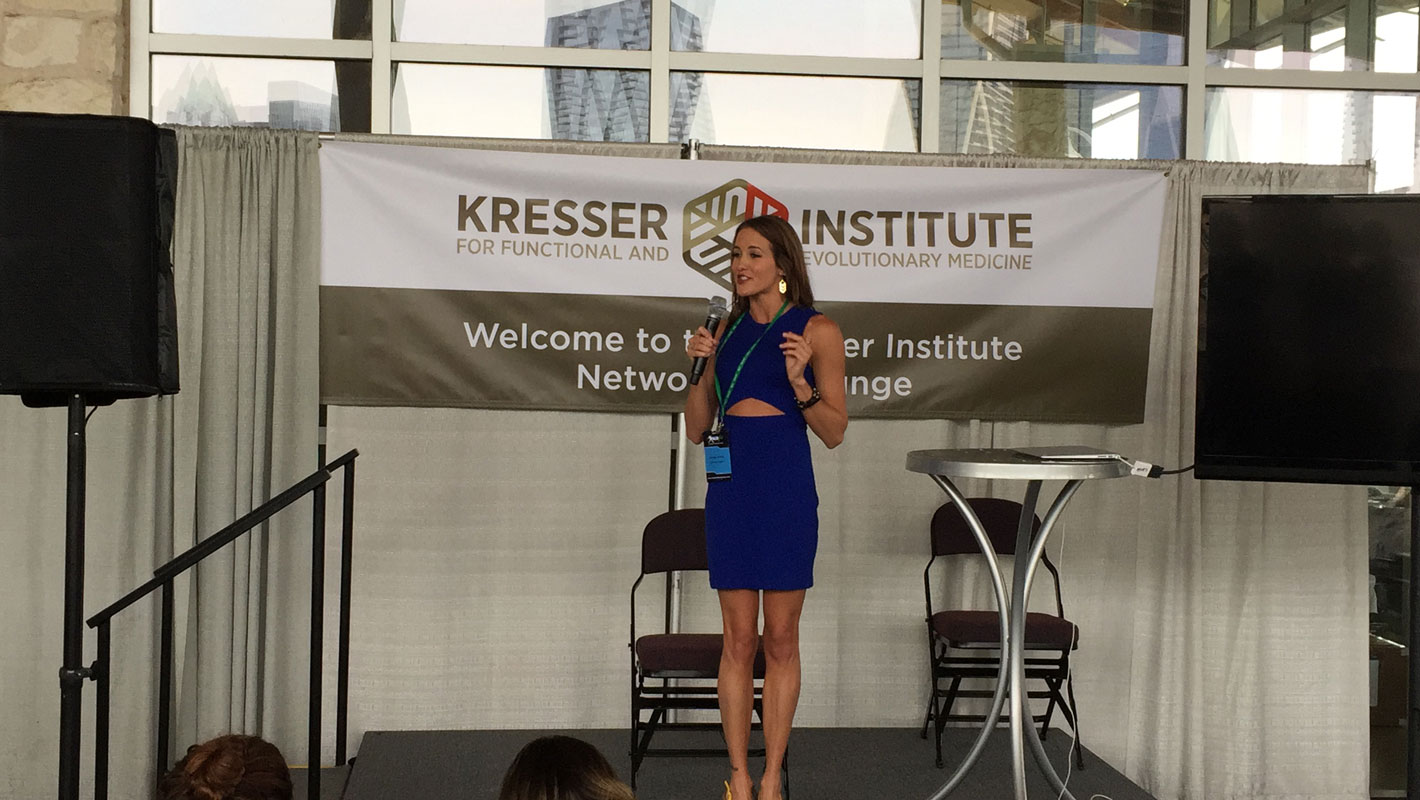 Get My Speaking Kit!Let us know where to send the speaking kit so we can get connected!

I'm so excited to share more with you and the chance to speak to your community. This speaking kit will give you an overview of what to expect and what next steps will look like. Simply tell us where to send it, and we'll get it over to you right away!